He knows he’s in deep trouble now. A few months back, he came across a girl in the library he visits. He stalked her timings for about a week, not with wrong intentions though. With his observations, he started reading books in her often-visited genre. He initiated casual conversations one day and they gradually became friends.

She offered him book suggestions which he really enjoyed. She is someone who just doesn’t focus on the content or is bound to the works of one favourite author. She explored varieties. At times, she used to choose a book, just because the cover is attractive. Other times, he has seen her read books in a row, not by the pattern of genres but the colour of the book covers. The experience might turn out bad. However, she enjoyed them. So did he.

As days passed, they got to know each other better and he invited her to his home. She readily accepted his offer. “You have a mini library at home, right? I remember. There were more than a hundred books in it.” was her immediate response. This shook him, fearing that his lies could be exposed and his relationship dreams with her may wither. With some hesitation, he just nodded, careful not to spill out any words. They fixed the timing for the meet.

Today is the day. He has already informed the members of his family about her visit. She’ll be here in an hour. His heart, beat faster as the minute hand ticked closer to twelve.

She arrived quite early before time. He appeared to be cool, introduced her to his family and they had breakfast together. They were astonished as to how he met with a friend who reads. When they gave him a sly smile, he returned a sheepish smile.

Finally, he was left alone to spend time with her. She repeated, “Where’s your library? I loved its look in the picture that you had sent me. I wondered how you managed to read those bulky books. Most of them are hard-covered. I’m waiting to hold them.” 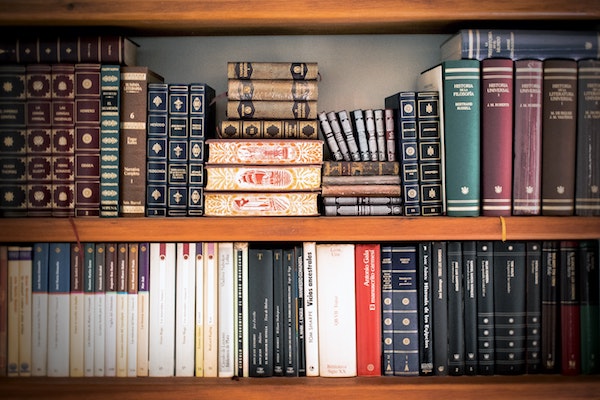 Losing patience, he replied hurriedly, “Why do you want to read books even here? We have spent enough time in libraries, reading halls, and book expos. Let’s talk or play games today”. She was adamant, however. She promised him that she won’t read books today and without a choice, he took her to his room. She wasn’t disappointed initially. It had a bookshelf, just the same as what she had seen in the picture.

He safely stood beside the door and let her in. She picked a book. It was very light, with no resemblance to its hardbound cover and size. Quite astonished, she opened it. That’s the best surprise or shock she has ever experienced. Staring him in awe with her round eyes, she picked another. It was the same with three others too.

She asked him, “Are they all bound this way?”

At last, knowing that the secret is out, he replied, “Yes!” in a husky voice, unable to decipher her intentions behind the question.

“You’re a liar! I now know why you visited the library”. She paused, watched him freeze, and smiled. “I like you too as you do, and this is the best surprise I’ve ever received in my life. Or maybe, should I say it’s a prank!”

She laughed and he joined with relief in his heart, before stepping into his room with an expression of a facepalm.

Wondering what was there in the books? They weren’t any letters or love notes for her. There were hardcovers filled with blocks of sponges cut in size. He’s a student of art working with the dream of becoming a production designer someday. The dummy mini-library was his mini-project. He visited the library he had never before gone to get some realistic ideas for his design. The real as well as his dupe library are now close to his heart as they helped him meet someone special!

This post is written as a combined response to the ‘First Line Friday’ prompt by Dylan Hughes and ‘Stream of Consciousness Saturday Prompt’ by Linda G. Hill.

The challenge is to use the given line as the first line for a write-up and to exhibit conscious writing, meaning no editing (typos can be fixed) and minimal planning on the content. The SOCS prompt for this week is to write a post inspired by something that we have ‘more than a hundred’ at home right now.